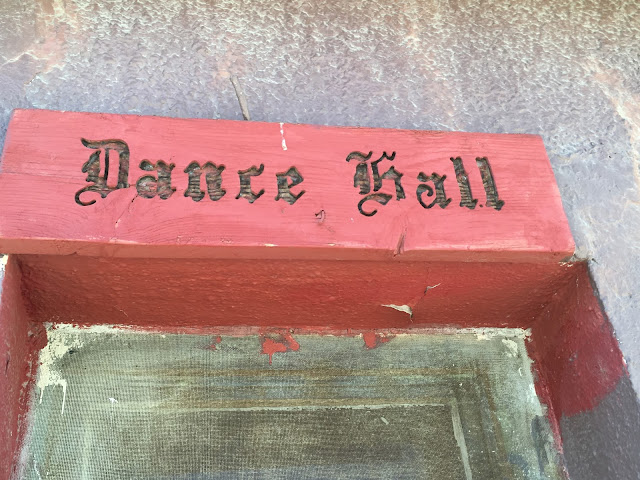 
There is a slang to all jobs, like there is a

romance in each office block –

when you're a courier on the road

hard or slackass through the weather's

doggerel, and you get slammed, passenger-

sided, Henry Forded in the ribs or hips or

(That a ketchup sandwich, or are you

just happy to see me?) they call it the

Door Prize. Comes out of nowhere,

He used to slide into your Sundays that way,

ricochet your day of rest from macaroni to straight

bourbon, flick of the wrist. Hauling on his

was a mainsheet he was fighting, against the gale.

I didn't slide into your goddam

Sunday he'd say, you rammed into mine.

I was just minding my own business he'd

say. You'd go, The body is neither a prison nor

a cage nor even a metaphor for those things–

or anything other than what it is: a green tree

in a spring garden. Keep it down, he'd say.

to bargain your body away, first for the untendered

shade of the solstice noon, then the drowned rat

in his shoulder. The calluses started flaking

off your fingertips. That wager you made

of your own flesh. The failed rhyme of gristle on steel.

You said, I need to become an Olympic record broken

or a drag king's spirit gum or the angriest man in the room,

the evacuation of Dunkirk, anything itching the brink

of something else, anything but a tree or a sidewalk or a cage.

A bear – with its paws and fat and fierce and limblength

stride and winterlong, and that winter heart

of a bear which is larger than a hospital, a closefisted

cross or the moons of Jupiter even, or falling in love.

He'd say that love is not a closefisted

cross and you'd say, Is that the mouth you

cross your mother with? Simmer down, he'd say.

I am not a beautiful woman on your couch,

you would remind him, or an old man in a dive bar

on Bloor Street, I am not the girl who will

blow you in the alley for five dollars – not even

a shortstop, or a brontosaurus, or Willie

Mays! Simmer down, he'd say. I never said you

were Willie Mays. The park through his window

It was not yet spring. The list of things we weren't

is longer than a hot shower, a cricket match,

You can choose to ask forgiveness, but you might

not get it, like every damn Sunday of your life

you can bet that dark horse'll show and still die

poor. If you deny being a bear with a bear's irascible

get booked as a beautiful woman, give

the wrong impression. The correct words are Yes,

officer. No, officer, I've never done this before.

I swear it came out of nowhere.

There won't be a next time, I swear.