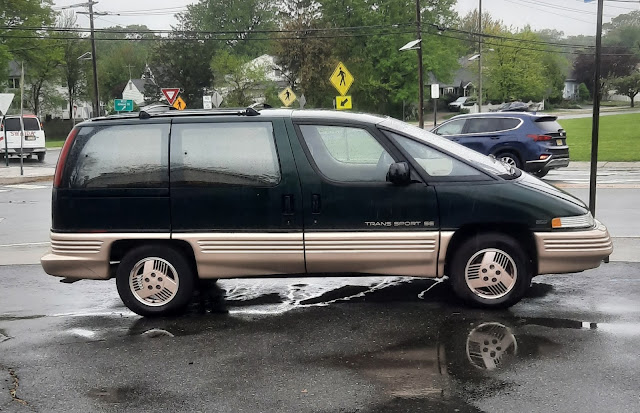 From Jonathan Welsh: "This one might not hold a candle to those sharp '59 Pontiacs but is pretty stylish for the early '90s. A rare bird for your consideration.General Motors frittered away several years before responding to rival Chrysler's groundbreaking minivans that arrived in the 1984 model year. When the Pontiac Trans Sport and sibling Chevrolet Lumina APV rolled out for 1990, Chrysler was nearly ready with its second-generation model. The pointy-nose GM vans turned heads but their styling proved polarizing. The "Dustbuster" nickname came quickly and stuck. They really did look like the cordless Black & Decker Dustbuster handheld vacuums of the period. Gold trim and wheels tell me this is a '93." 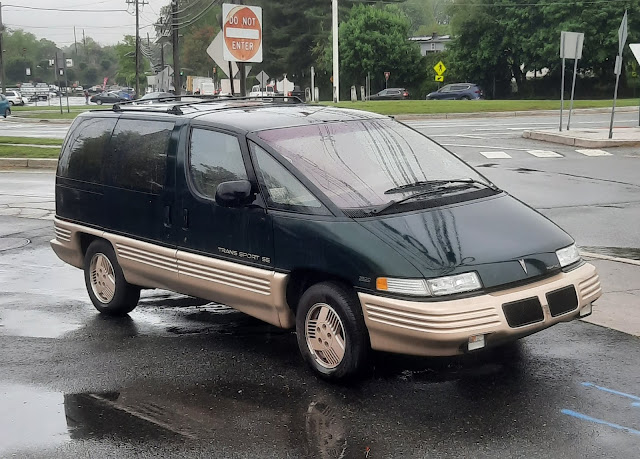 AL: Seems to me in Robert Altman's 1992 black comedy about Hollywood, The Player, Range Rovers were THE car everyone in the biz had to have until, somewhere near the end of the film, Oldsmobile minivans of the Dustbuster era suddenly became THE car. 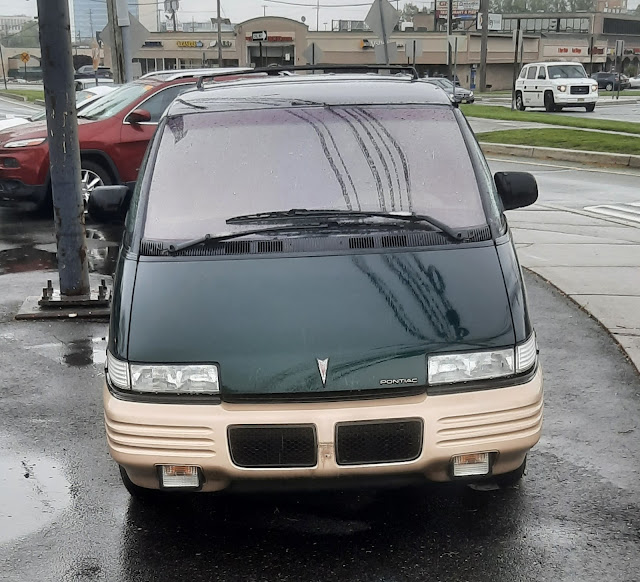 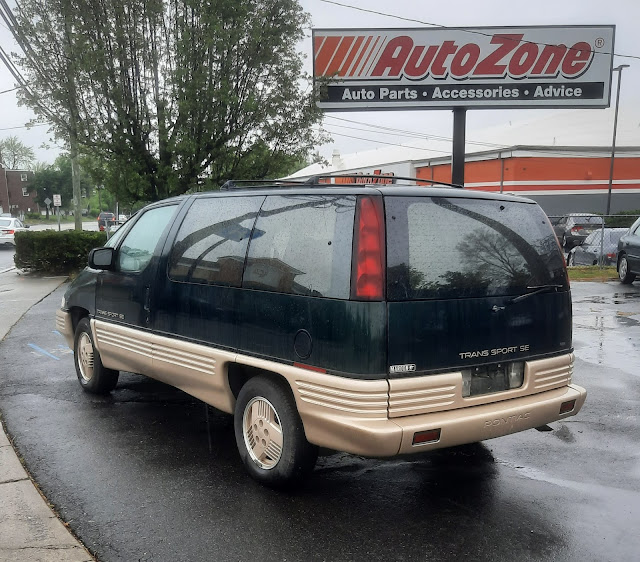 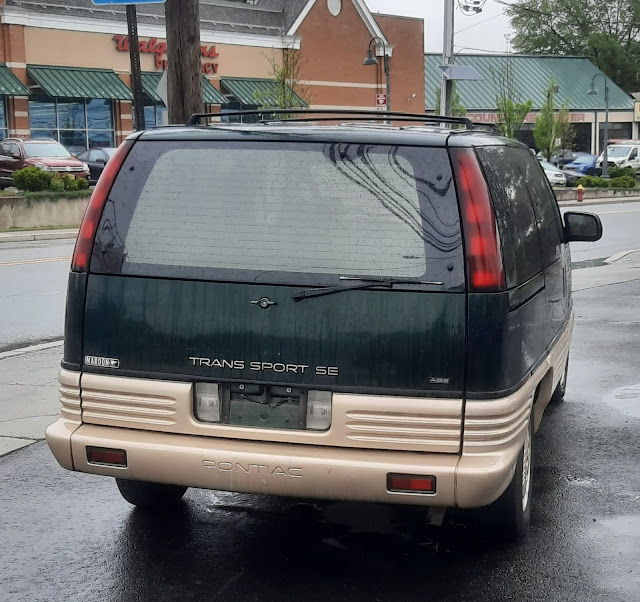 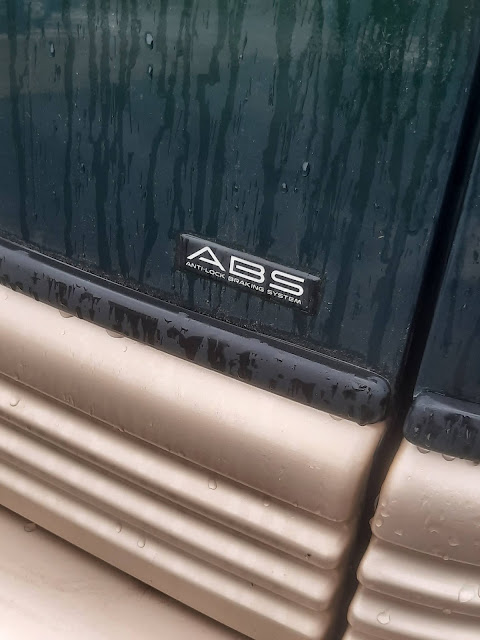 Posted by autoliterate at 6:30 AM 0 comments 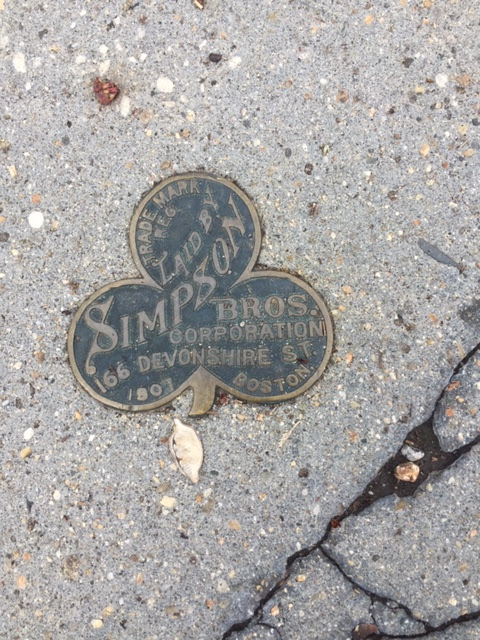 From Derek Van Bever: "I know that this is not strictly auto-related, but I am obsessed by these driveway markers where the construction companies of old would place their mark on their work."
AL: there has to be a noun for these things and no doubt an entire subculture. I think one of the first construction contracts my grandfather took on was building sidewalks for Medicine Hat, Alberta, c. 1910.
I wonder if there are any Northern Construction Co. markers still extant? 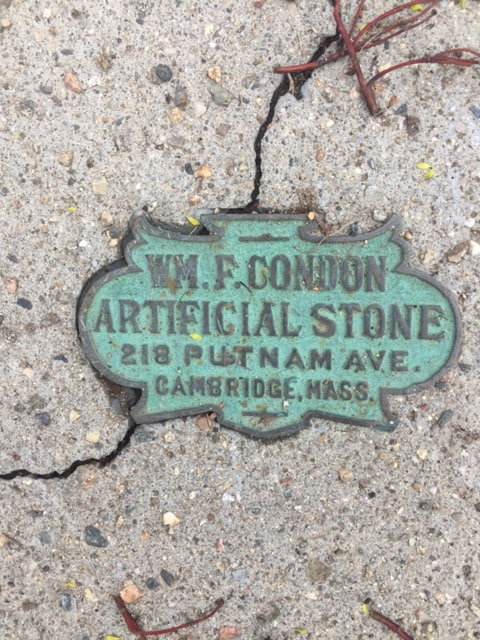 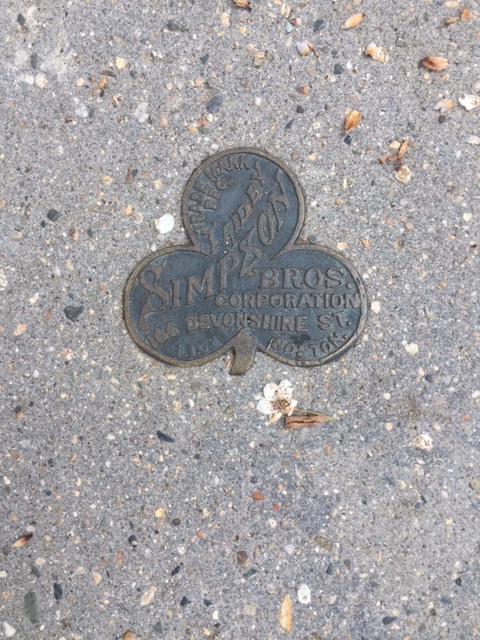 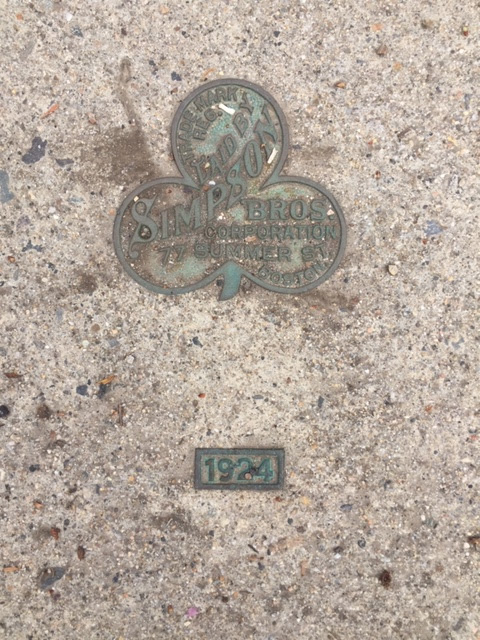 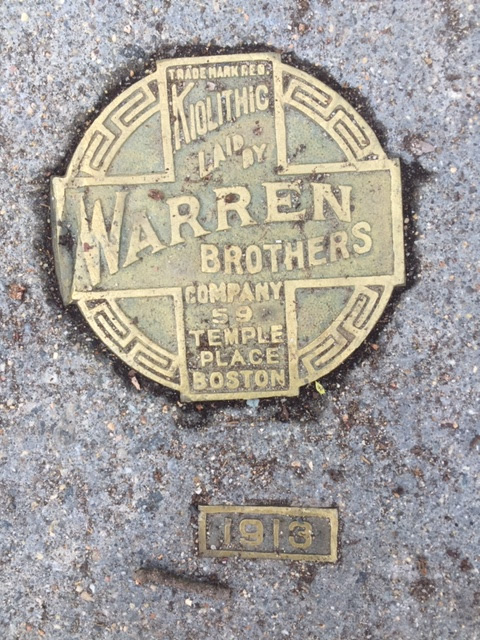 Now AL has caught the bug: 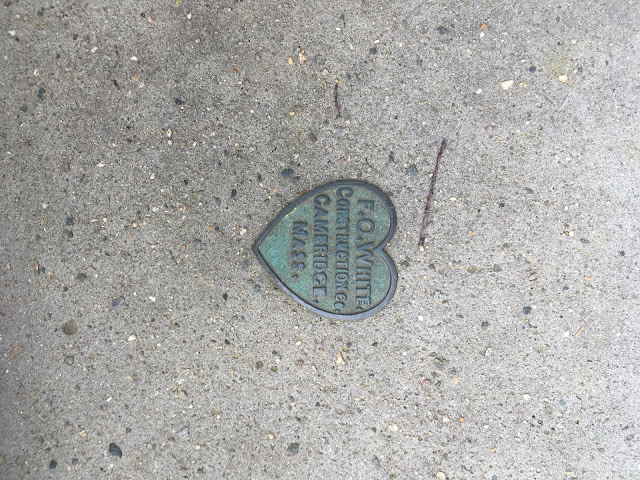 Posted by autoliterate at 7:00 AM 0 comments 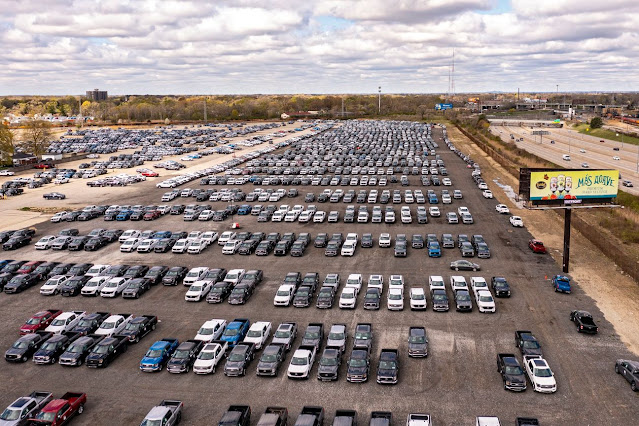 Those are chipless F-150s stacked up in Detroit. See the piece on new-vehicle shortage in today's WSJ.. One option AL recommends: go ahead and buy this 1975 Ford F-250, on the block at Hemmings. 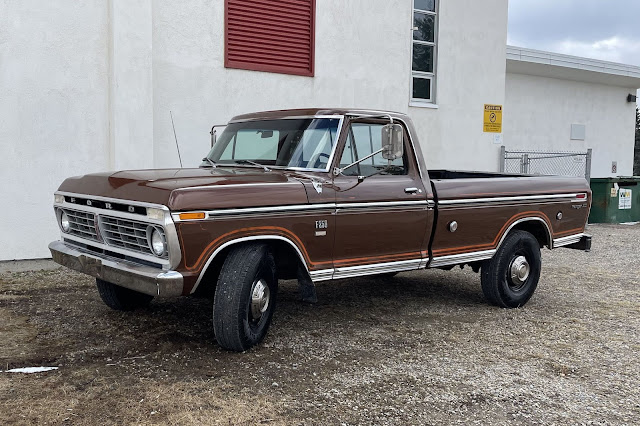 Posted by autoliterate at 12:00 PM 0 comments 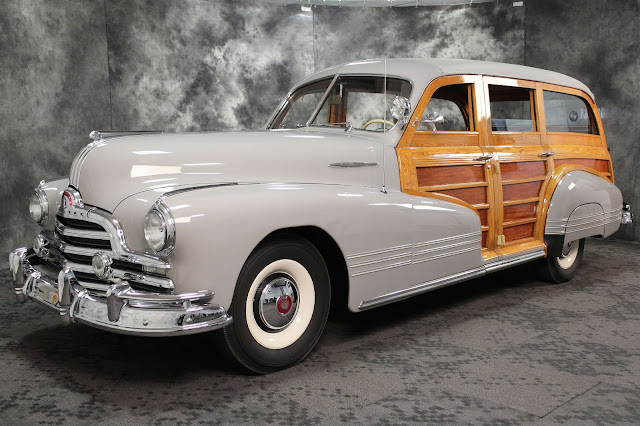 On the block at Hemmings. 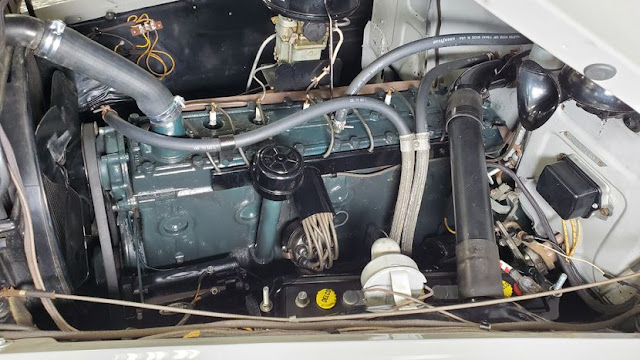 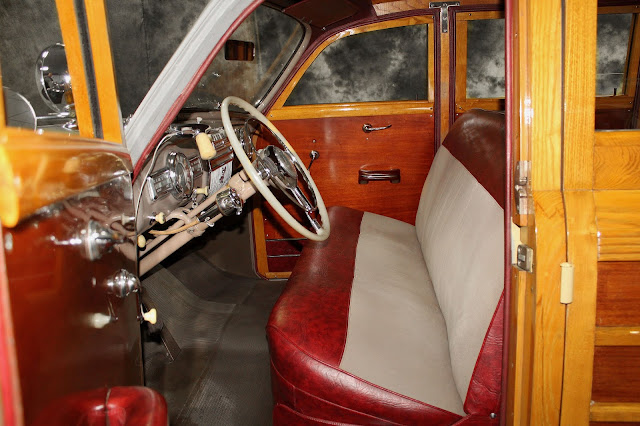 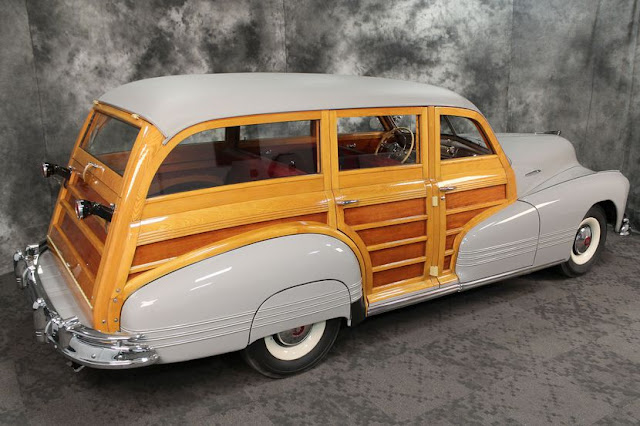 Posted by autoliterate at 9:14 AM 0 comments 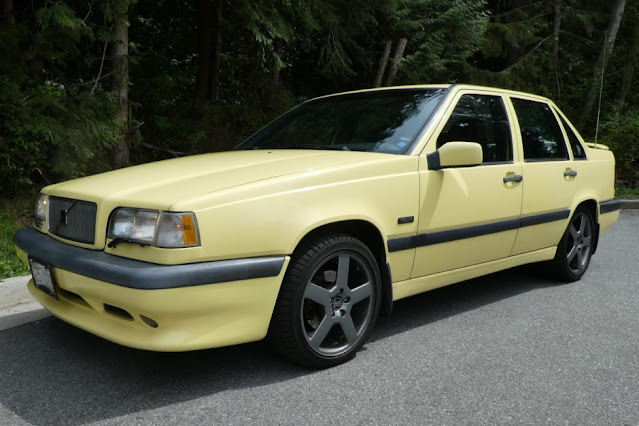 AL has a thing for Volvo 850s and this one looks kinda quick. A unicorn of a car these days. On the block today at BAT. We also admire this P210 caught on the other coast, a while back. 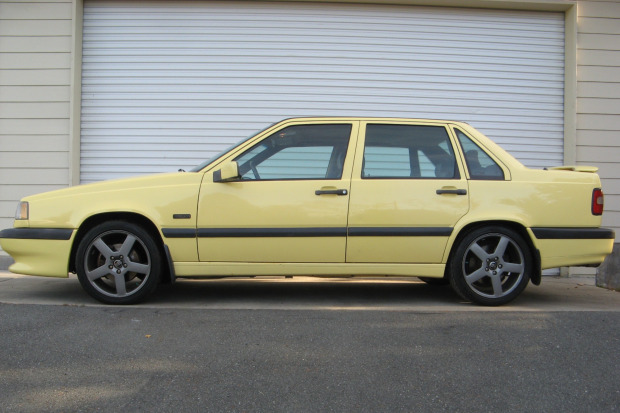 Posted by autoliterate at 8:49 AM 0 comments

Dear Autoliterati, we have switched our subscription service from feedburner to follow.it so please don't be surprised when the emailed posts now come via follow.it. We made the switch because Feedburner will be defunct by July, and chose follow.it because it has some features you can now use (which didn’t exist on Feedburner), e.g. on https://follow.it/autoliterate?action=followPub&filter you can now define filters and more delivery channels, e.g. to receive your news via Telegram, news page etc. (many others to follow soon).
The road ahead is wide open. 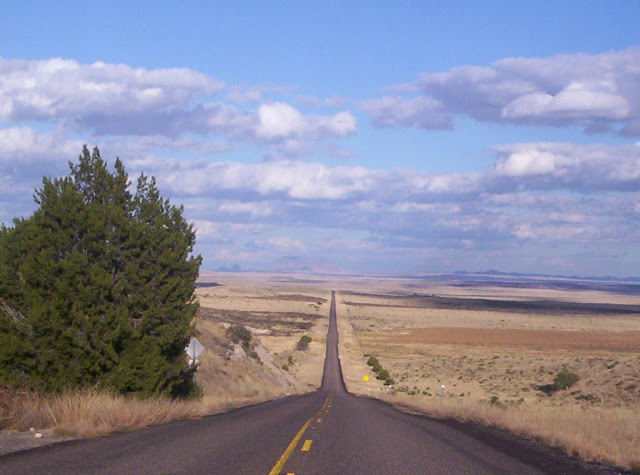 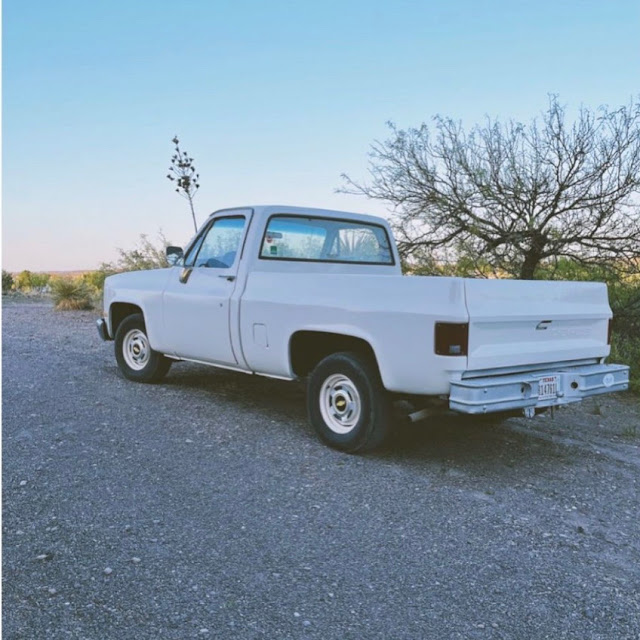