At Autoliterate we yearn for the downtown experience. 'Downtown' these days---does that word have any suggestive zing, other than in NYC, where it implies the varied regions below 14th Street? Hell, Burlington VT used to have a lively mixed-up downtown, most of it along Church Street. Montreal had a hell of a downtown along rue Ste-Catherine. Portland, Maine's downtown was Congress Street. Thousands of towns from Nova Scotia to California once had lively downtowns; most are decrepit now. Partly due to changing technology, partly due to some terrible planning decisions-or more often, lack of planning decisions. We need to reinvigorate these districts somehow. Not just turn them into dubious "arts districts" or tourist zones.  Helena Montana had a downtown in the Fifties. Thanks to Larry Nordell for passing along the photo. 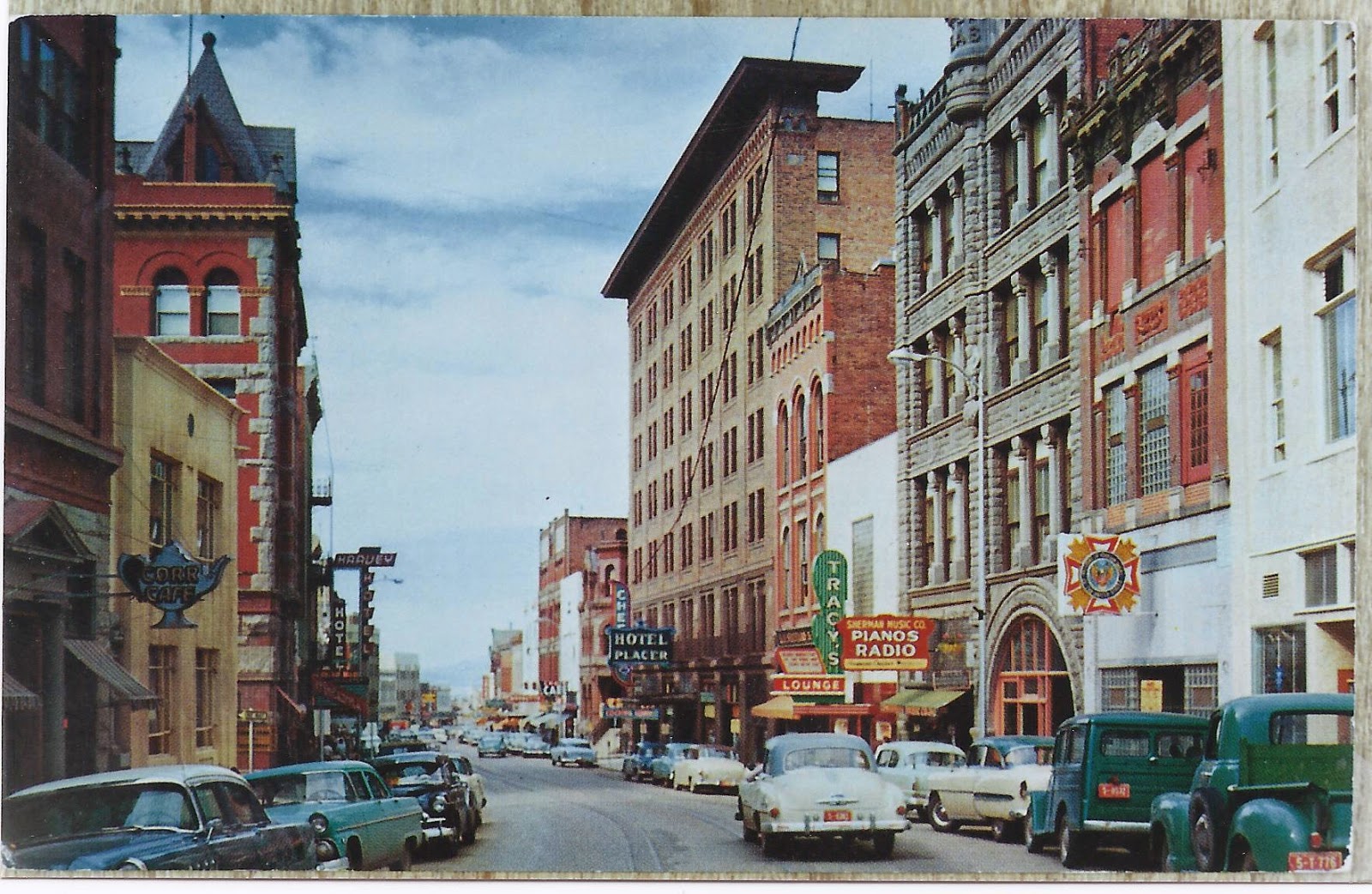 Posted by autoliterate at 7:38 PM