Can You Compost a VW Bus?

From  Michael S Moore at a hippy graveyard in southern Colorado, last summer: 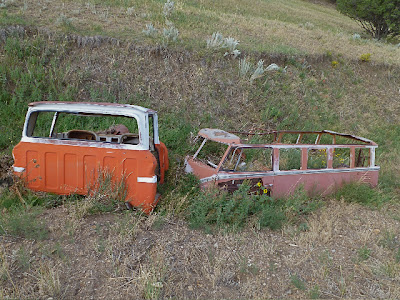 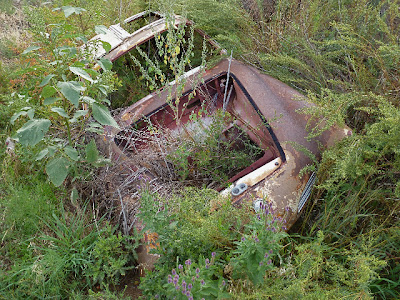 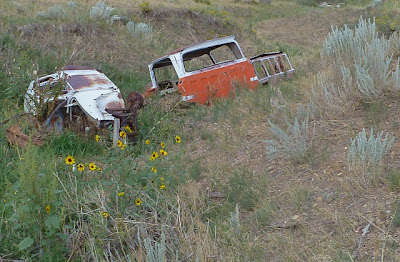 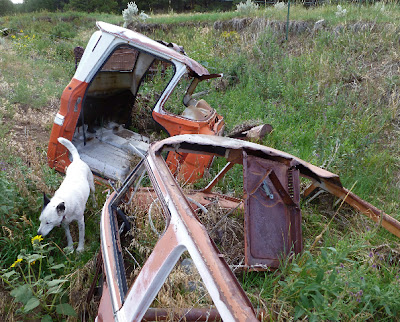 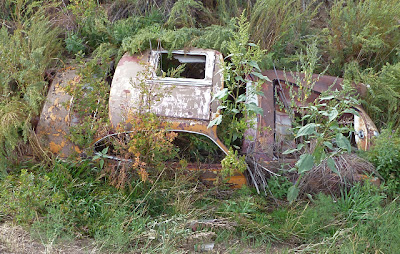 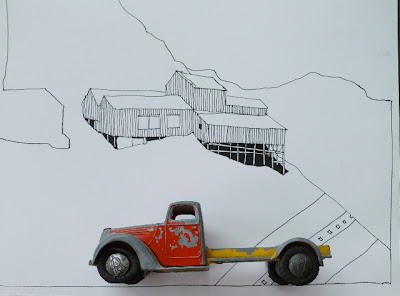 "This little collection is on the lower border of the land where we are here in southern Colorado, an artists' community founded in the late sixties, which veered toward "commune" in the seventies and is now nominally back to original intentions.  Tossing vehicles into arroyos as erosion control is a common tactic throughout the southwest, but the derelicts in this particular landfill definitely speak to the era...VW bug, early 60's Chevy pickup cab, VW bus..."--MSM
Posted by autoliterate at 4:26 AM