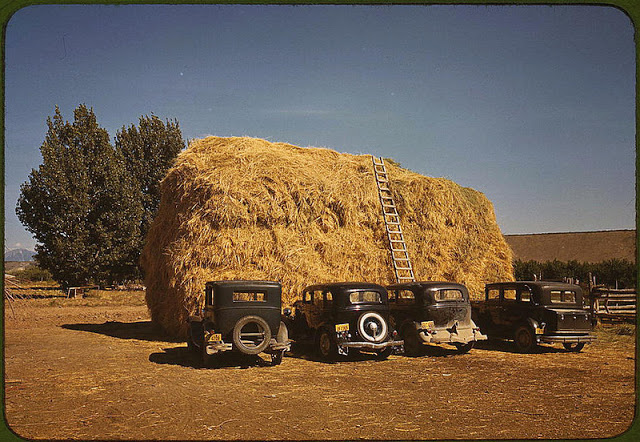 
"Jack Delano’s touchstone as a documentary photographer was Paul Strand’s imperative that one had to have “a real respect for the thing in front of him.” Through his long career – photographing everything from coal miners, sharecroppers, railroad men and Puerto Rican canecutters – he conveyed a deep respect for not just the travails of Everyman, but a true appreciation of the dignity that lay within.
“To do justice to the subject has always been my main concern,” he wrote in his autobiography “Photographic Memories,” which was published by the Smithsonian shortly before his death in 1997. “Light, color, texture and so on are, to me, important only as they contribute to the honest portrayal of what is in front of the camera, not as ends in themselves...." see David Gonzalez's piece in NYT back in October 13. 2011
Posted by autoliterate at 6:00 AM