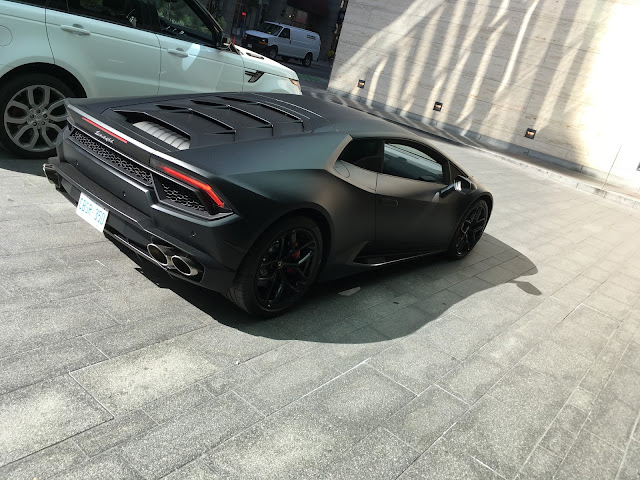 It's a Lamborghini and I couldn't tell you more than that. An hour later I walked past a guy sitting in an Alfa Romeo and was able to make the car as a 1969 Spider, but Lamborghinis lose me in traffic. If ever a car calls out to the Staties on the Maine Turnpike saying, "Book me!" this would be it. Even standing still, this thing goes faster than the speed limit.
Last Lamorghini sighting on AL was in Toronto, in front of the very same hotel, so they must park 'em there as bait. Before that, we caught one being primped for a photo shoot in Paris. 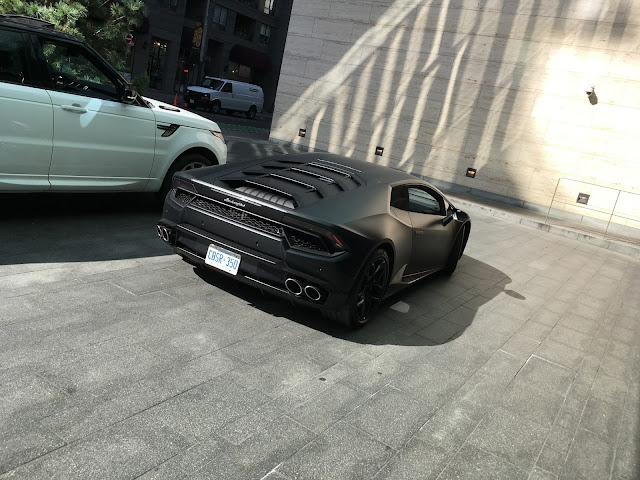 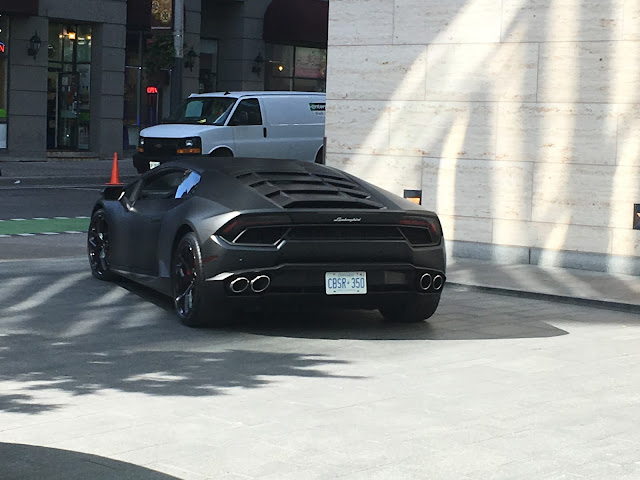