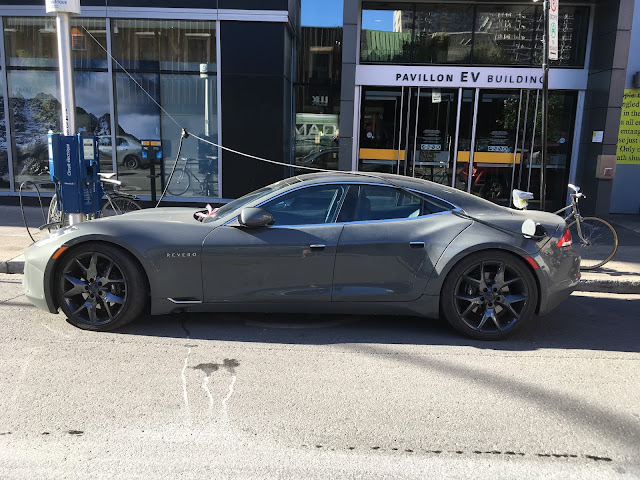 I'd never heard of Karma cars, and here was this Karma Revero plugged in on Mackay St., Montreal.
Hannah Elliott, in Bloomberg News claims This Is A Very Bad Car: "Now-defunct Fisker Automotive produced the Karma four-door sedan in 2012. It was the first production car in the U.S. to offer that particular series-hybrid powertrain. This was just as Tesla’s Model S came out, so it was a big deal. Justin Bieber owned one. They were supposed to be the conscientious cars for celebrities and stars..." 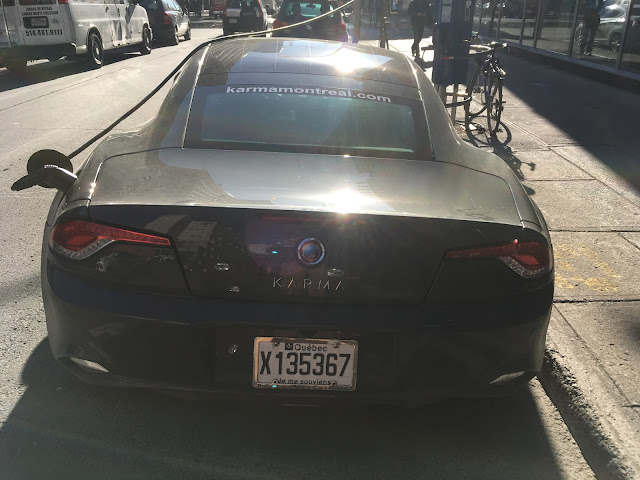 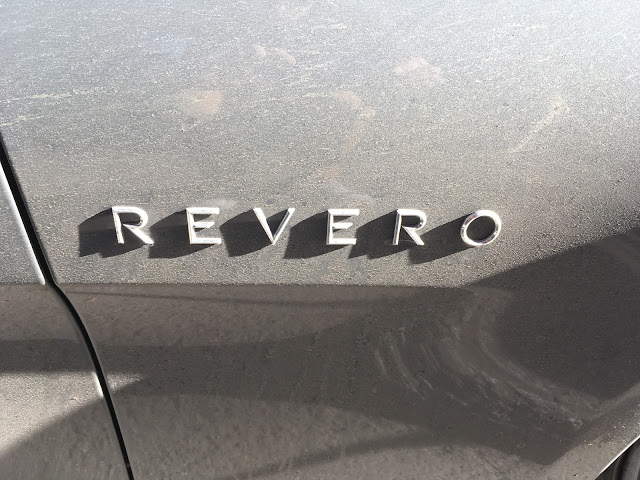 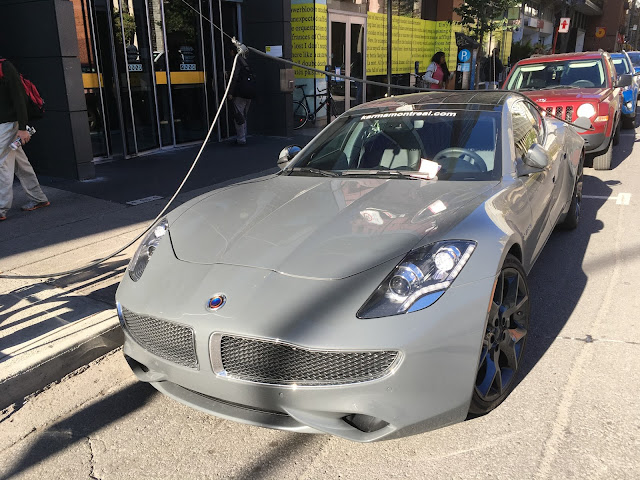