"While many of these scratch-built custom creations were backyard efforts with fundamental engineering based on production car technology, Norman Timbs’ car was very different. So was Timbs. He was a skilled mechanical engineer who’d earlier designed the 1947, ’48 and ’49 Indy 500-winning Blue Crown Specials, driven by Bill Holland and Mauri Rose, and worked with the irrepressible Preston Tucker on the Tucker 48 Torpedo design. More on Timbs later, but first, let’s talk about his one-of-a-kind car..." in Old Cars Weekly Thanks to Lee Saloutos for the heads-up on this beauty. 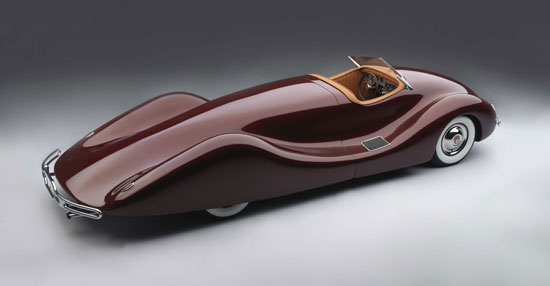 Posted by autoliterate at 5:30 AM