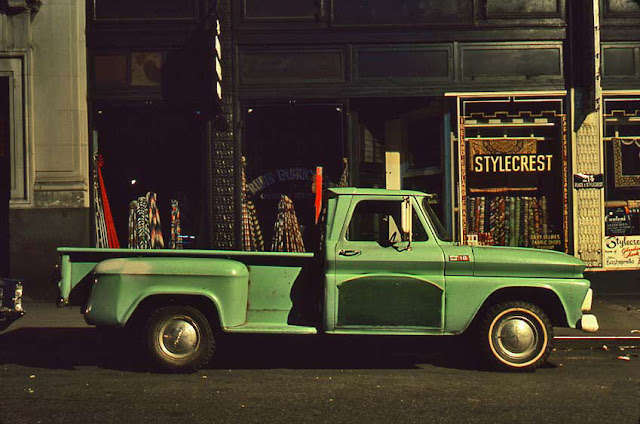 I'll guess: a 1964 Chevrolet C10 stepside. Langdon Clay's work is amazing. Check out his Cars: New York City 1974-78, From Luc Sante's intro to Clay's book of photographs:
"I can’t stop looking at Langdon Clay’s parade of parked cars in New York in the magic years 1974-1976, arrayed like mugshots but lit like Hollywood stars. They rule the night, those Pintos and Chargers and Gremlins and Checkers and Galaxie 500s and Fairlanes and Sables and Rivieras and LeSabres and Eldorados...."
Posted by autoliterate at 7:52 PM