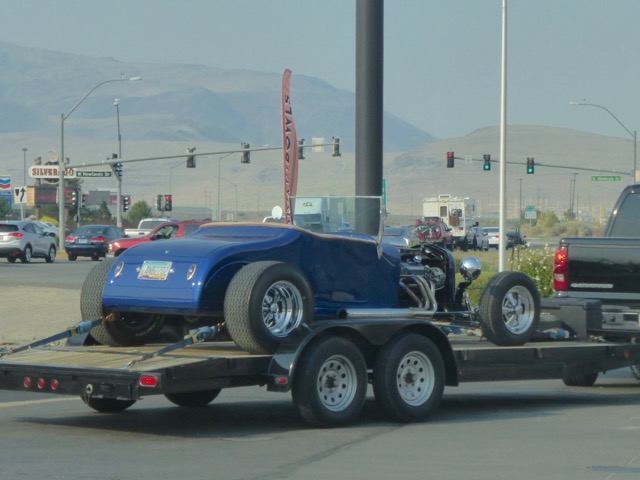 from Michael Moore: Here’s the only sign I saw of Hot August Nights I saw when we were in Nevada...meant to mention that previous Merc seemed to be painted the rarely seen color - “matador red” - I had my VW convertible painted after I wrecked it in 1961. Rarely seen, not quite like the ubiquitous “hugger orange” GM uses. Redder.
…and this backyarder in Walsenburg;Which looks SO like those tiny cast lead toy cars I used to get for a nickel I can hardly stand it! 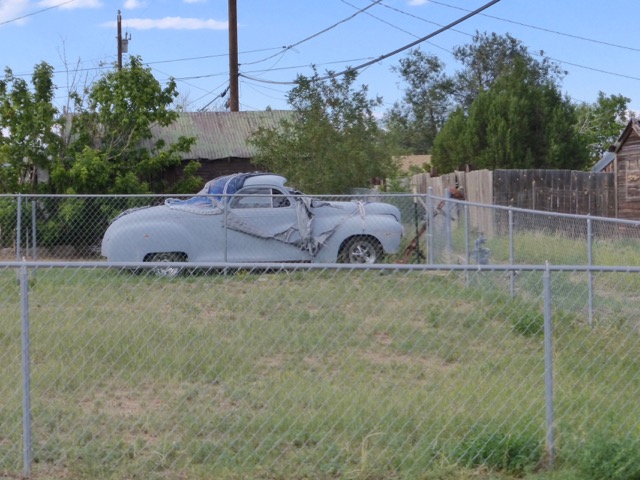