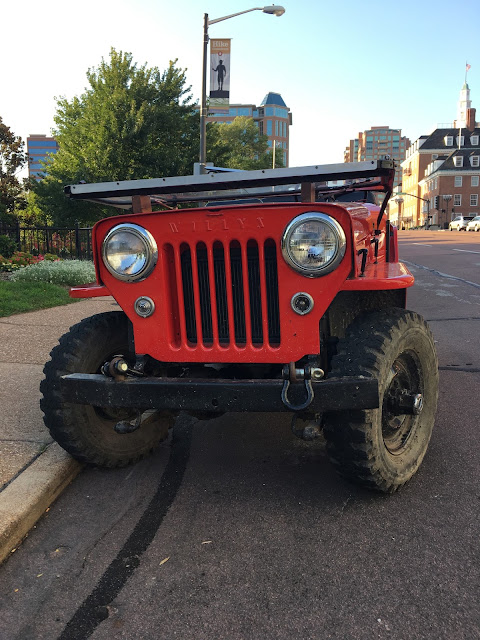 Super-size me--not! Everything in America becomes, over time, a parody of itself. Karl Marx can probably explain why. Bigger, fatter, much less interesting. Everything becomes sooner rather than later a parody of its original self. This dynamic seems baked into capitalism. Here's a Jeep from the days when they were lean, mean little machines. Most Americans couldn't fit behind the wheel, now. Thanks to Basha Burwell who caught the machine on a steamy hot day in Clayton, Missouri.
Q. Do people still say "Missourah"? 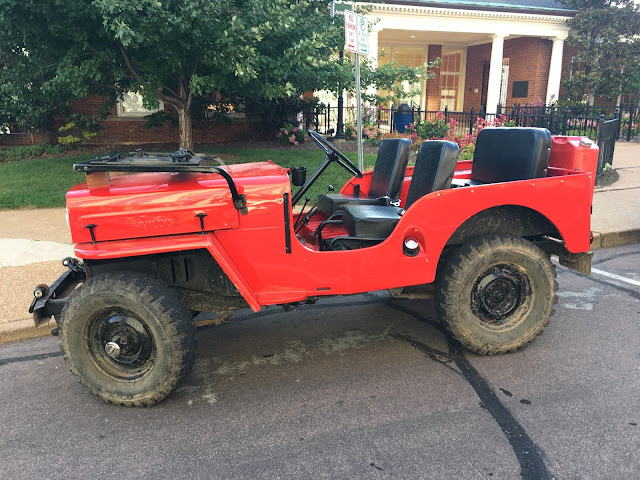 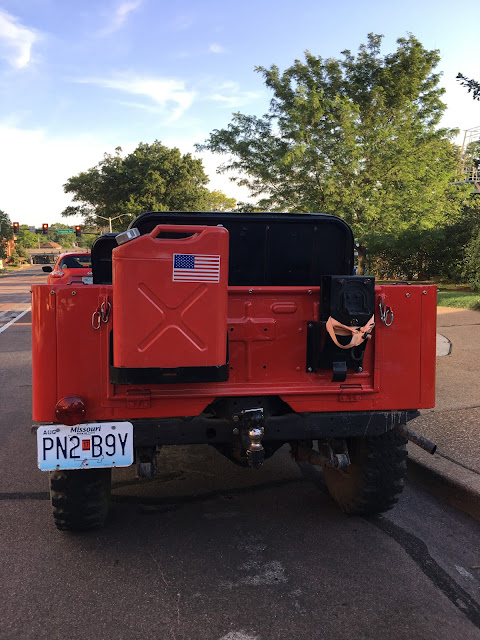 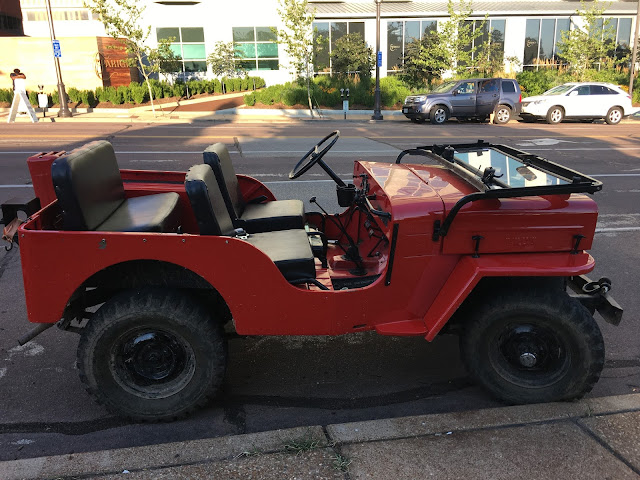 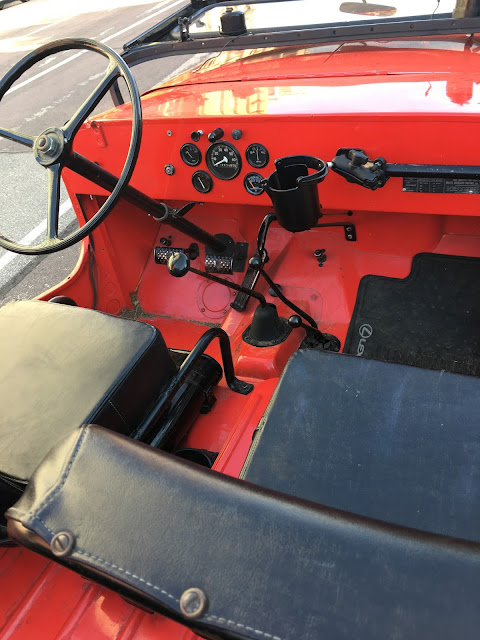