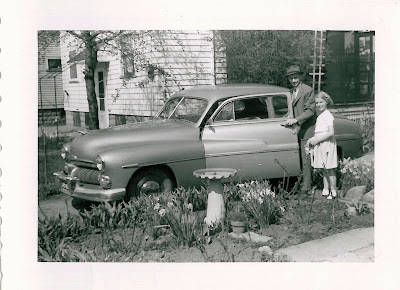 from Anne Lennox, about her father:

"John Lennox was a blacksmith's hammerman for Colville in Glengarnock, Scotland, before emigrating with his family to Cleveland, Ohio, in 1953. He worked as an inventory manager at the newly opened Ford Motor Company Engine Plant 1 in the suburb of Brookpark. At the age of 42, he bought his very first car, a metallic seafoam green 1951 Mercury. In the photo he's standing next to the Mercury with his older daughter--me."--A.L.

And Mr Lennox's second car was a 1958 Fairlane: 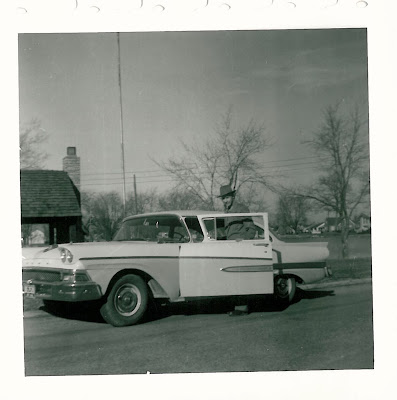 Posted by autoliterate at 3:57 PM